Twenty-something – Who The Hell Am I? 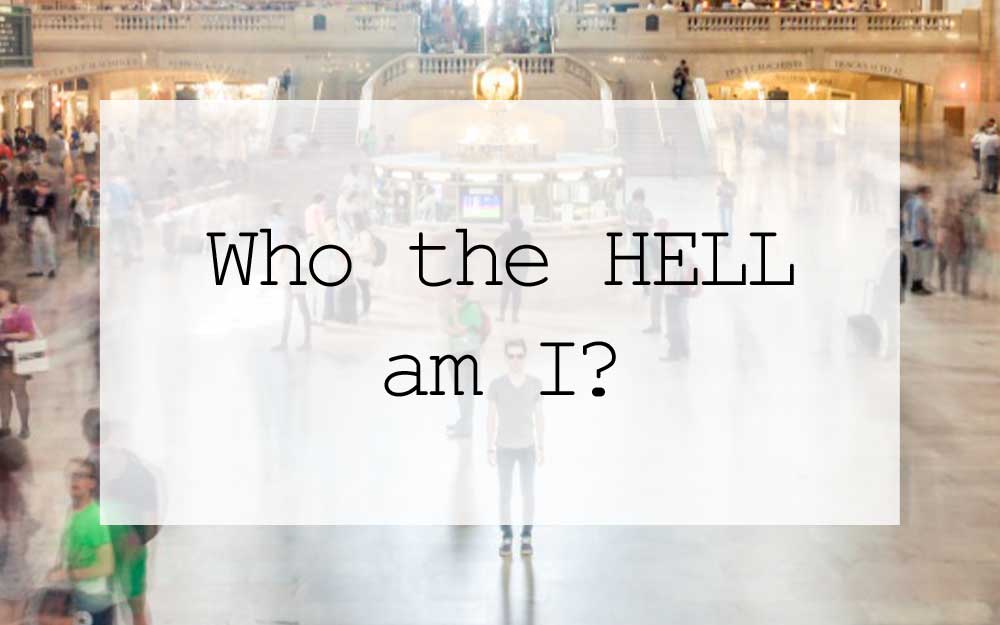 As a black woman in her mid-twenties I have spent a lot of time contemplating the idea of self. Of identity. Of who the hell am I?

Not short on options, it’s often been a trial to work out how I identify myself. Being black, do I see myself as part of a minority group, separate from mainstream society with a soft spot for rice and peas?

Do I take claim of being female? A woman in a man’s world living under a glass ceiling (undoubtedly kept sparkling clean by some lady) and where my self-worth is defined by the flatness of my stomach?

Or should I take hold of my youth and cast responsibility for my identity to the machines, to Facebook & Twitter, letting a stream of endless memes and cat videos depict who I am.

For most of my life, I’ve ignored all these options and simply gone along with the majority. Rather than figuring out what values I believe in or opinions I hold, it’s been easier to adopt the identity of the person nearest to me.

This has led to some fatal fashion faux pas such as a brief spell in the early 00’s where having taken a shine to one Linkin Park song, I then immersed myself in a world of rock music, skate parks and black baggy trousers adorned with tassels and chains. My friends were doing it. Why shouldn’t I?

As I got older and kicked the habit of needing to dress uniformly with my friends, I foolishly let myself believe I’d also kicked the habit of adopting their lifestyles and belief systems. Working in bars, I naturally fell into the rhythm of also partying as hard as I worked, by which I mean partying a hell of a lot harder than I could ever work due to the hangovers caused by the aforementioned social calendar.

Along with this lifestyle, came an entirely new set of moral codes to follow, the primary code being infidelity is expected. Absorbing myself in a world where cheating is commonplace, made me briefly forgot there was a world where it was not considered acceptable. And more than that, that I used to be part of that world.

I chose not to return instantly to planet Earth as in this new world, I could do things completely out of character and it would seem, get away with them. There is the unfortunate caveat that of course, there isn’t really an escape from behaving in a manner unsuited to you. Guilt, your subconscious and if you’re really lucky even your dreams serve as a constant reminder to the core values you hold which, though annoying, serve as pretty excellent signposts to help direct you to who you are.

However, it’s not just friends that serve as distractions to finding your true identity, family and particularly parents can be equally hindering. For me, after my brief dabble on the dark side, I looked to my parents in order to return me to my natural equilibrium. My parents uphold excellent values but instead of using these as a basis to shape my own life, I thought it’d be simpler to just try and live theirs. Literally.

This is not a productive way for anyone to find out who they are, as you’ll spend so long making sure you’ve perfected the details to replicate someone else’s way of life (Must get the same shade of blue curtains for the living room as mum did) that you’ll be much too exhausted at the end of it all to even care if there’s a you trapped somewhere beneath the façade.

And there is of course a third, more complicated and possibly more damaging person who can impact your identity. Your partner. Entering into a relationship with someone can either make a person flourish or wilt. The person who captures your heart holds an immense power over your confidence in your self-worth. (Even if that person is someone who insists on blowing their nose on the tea towels)

I believe self-worth is what knowing your identity really helps you to gain. Rushing into serious relationships with very unserious boys, I’ve come to not recognise myself as I adapt and bend under their will in order to try and maintain the unhealthy relationship. Laying to the wayside my faith, my core values…my desire for a tidy house all to appease someone else.

Of course, not all relationships are horror stories of people who make their partners sit through ‘Bambi’ despite their great dislike for the overly whiny deer. In fact, often relationships can be quite the opposite. When you’re in a positive & healthy relationship, everything that is truly you bubbles to the surface and starts manifesting itself in very real ways. The subjects you were afraid to speak up on, your suddenly now at the forefront of those conversations. The tap dancing classes you always wanted to try, you now have a partner who’s trying it out with you. Your tea towels are snot free. I believe a healthy relationship will always help you to express your character.

But I believe most that you must find it for yourself. The world is forever banging on the front door (at some unsociable hour no doubt) trying to sell you something.  A dress, a perfume, a car, a holiday, a lifestyle, a concept that is somehow going to make you…You. But the beautiful thing is, you’re already you. You’ve already got an identity. Even babies, before society get it’s grubby hands on them have individual personalities. All those beautiful clichés that are out there about taking hold of who you are, about not being afraid to take claim of your mind and your ideas, they’re all true.

So what are you waiting for? Who the hell are you?